In the news: What the Heck’s in this Stuff? 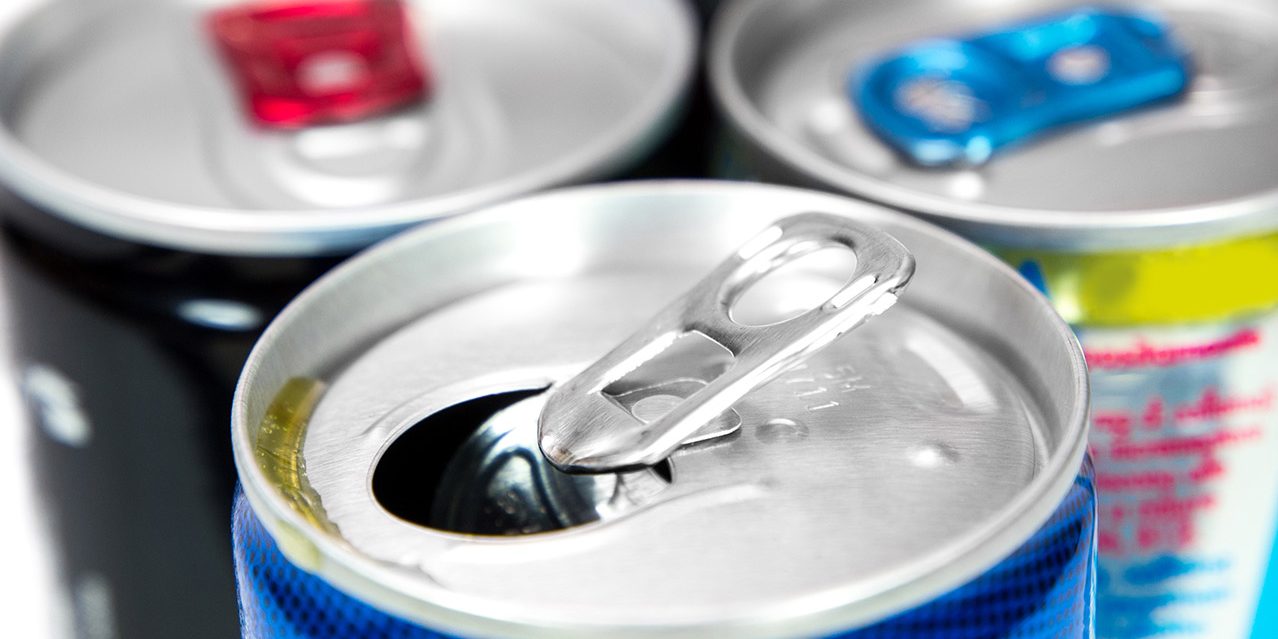 Those sweet, caffeinated energy drinks could easily lead to a fatality in your company.

It’s a workplace hazard that many employers probably haven’t considered, but it’s true. Safety and medical experts are saying that energy drinks are not as innocuous as people think. They’re downright toxic and can cause a whole host of medical problems.

Employers need to help educate their workforce about the risks before one of these drinks kill someone on the job.

A Hard Way to Learn About Hidden Heart Problems

Let’s begin by taking a look at the numbers. According to the National Center for Complimentary and Integrative Health (NCCIH), a 24-oz energy drink may contain as much as 500 mg of caffeine, which is similar to the amount found in four or five cups of coffee. 500 mg is the recommended amount an adult should stay beneath for an entire day.

Why’s that a bad thing, you ask? While caffeine is all too frequently regarded as harmless, we all know it’s a stimulant that affects the body’s cardiovascular system. In high doses, it can cause heart rhythm, blood flow, and blood pressure problems, to name a few. An entire day’s dose hitting the body in a single serving is going to kickstart those problems like the opening moments of a football game. They also have a tendency to exacerbate underlying cardiac conditions, which would be a rude awakening for an unsuspecting worker.

What Do the Experts Have to Say

“Some energy drinks contain up to 500 mg of caffeine which can cause heart palpations and high blood pressure. It is easy to guzzle these drinks and often drink more than the serving size (there is generally more than one serving in a bottle). This not only increases calorie and sugar consumption but also caffeine levels, which can increase dehydration. Stimulants may also interact with medications, such as some asthma medications that also have stimulants,” said Pamela Johnson, employer health solutions manager, certified functional medicine practitioner, and developer of Franciscan WorkingWell’s Functional Medicine Clinic.

Daniel Neal Sr., HSE Area Manager with The Brock Group, a leading industrial specialty services provider, agreed, saying, “It’s important for people to understand exactly what they are drinking. Heat puts stress on the metabolism, which could lead to dehydration. Stimulants like energy drinks can increase body temperature and pose a hyperthermia threat, which can lead to collapse or heat stroke. They can also be dangerous for people with heart abnormalities and high blood pressure.”

A Look at the Chemicals

There are a whole lot of other chemicals present in energy drinks that can seriously harm humans too; caffeine doesn’t deserve all the credit. The most notorious is a chemical called taurine, which is an amino acid related to metabolism that can be commonly found in a variety of foods.

According to the Mayo Clinic, “little is known about the effects of long-term supplemental taurine use,” but the risks were considered significant enough for no less than four separate countries* to ban products with the ingredient outright. We’d likely face liability for identifying the specific brand names of drinks that contain taurine here, but let’s just say a popular one can be compared to a crimson bovine.

Other ingredients that could pose health threats include things like:

There’s a misguided perception that the risks energy drinks present are only problems for teens. While it’s true the primary consumer demographic is males between 18 and 34, there is a rapidly-increasing number of middle-aged individuals who are encountering major health problems because of energy drinks.
“Between 2007 and 2011, the overall number of energy-drink related visits to emergency departments doubled, with the most significant increase (279 percent) in people aged 40 and older,” the NCCIH wrote. That data comes from a wide population figure too; 2011 saw almost 21,000 people visit the E.R. because of energy drinks.

Are “Sports” Drinks Any Safer?

Surprisingly, many of the beverages marketed as sports drinks aren’t healthy either, even though they’re commonly associated with athletic events and exertion.
“One issue with sports drinks is that many people drink them instead of water when working out and many drink them without working out at all as a “healthy alternative” to soda. Toxins in the form of sugar, genetically modified corn syrup, dyes, and the paragraphs of chemicals listed on the label of most sports drinks contribute to inflammation, disrupt hormone signaling, destroy the gut flora, cause insulin resistance, and lessen the assimilation of nutrients,” Johnson said.
“Just like soda and fruit juice, sugary drinks are one of the biggest culprits of fatty liver,” she added. “Sugar has the same toxic effect on the liver as alcohol.”

The healthiest choice is also the most obvious: water. Plain and simple. These days, elite athletes are using water as their primary hydration source, but other natural beverages are also gaining a lot of popularity for their health benefits. The two biggest examples are coconut water and green tea. Though you may not commonly find them consumed on jobsites too frequently, they both pack a serious punch.
Coconut water has electrolytes, natural salts, amino acids, enzymes, magnesium, potassium, B vitamins, minerals, phytonutrients and so much more. It is also low in calories and sugar. Green tea is also a powerhouse of energy and nutrients. It should be noted that green tea is also a stimulant, but its caffeine dosage is very modest.

So however you want to look at it, one thing is true: energy drinks are a potential threat to the safety and health of workers on jobsites and to humans in general. Employers may want to consider recommending simple, plain ol’ water or another healthy alternative. It’ll keep workers hydrated and won’t lead to a cardiac arrest. Can’t argue with that.

*Note: Three of those four countries were later forced to overturn their bans due to European Union regulations.